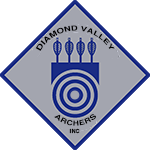 The highest level of award that DVA hands out is that of Life Membership. The appointment of such an award should not be taken lightly.
In order to be granted Life membership the following criteria should be considered by the nominator before nominating someone.

If the answer is yes to those questions the person may be a good person to consider for Life Membership, however it is not something that is automatically granted.

• The subcommittee must decide whether or not to grant the nominee Life Membership and provide its decision to the National Committee within three months of receipt of the nomination by the President. The subcommittee must provide a statement of reasons for the decision. The decision may address any other relevant aspects of the proposed Life Membership (eg method and timing of its granting and announcement).

1.The granting of Life Membership is a great honour and should not be treated lightly. On average, one or less Life Memberships are likely to be able to be awarded every 3-5 years.

3.Granting Life Membership is a balancing exercise. Criteria are provided for guidance, but it is the overall contribution of the nominee that must be evaluated. There is necessarily some subjectivity in the granting of Life Membership. Nominees’ strengths against the various criteria will vary. Some nominees will be extremely strong in some criteria but weaker against others, others will be more rounded.

4.Life Membership is reserved for those whose contribution goes beyond the ordinary or even the excellent for an extended period of time, not just a few years.

Criteria to be considered in granting Life Membership

To have contributed to the Club to the degree necessary for Life Membership, a nominee will almost necessarily have been a Member and involved for a significant time. While there is no ‘minimum’ period of membership, a period of 10 years’ active membership is an indicator of a long term commitment.

2.Positions held and length of time

The nominee should be able to demonstrate a significant contribution to the running of the Club over a majority of those years of membership. This may include:

2.participating to a much greater extent than the average Member as a regular, consistent and reliable Volunteer

3.contributions that have been made in return for monetary compensation should not be considered as grounds for Life Membership.
For example.
Payments made for coaching
Payments made for supplying equipment or services
Payments made in an employment to the club.
3.History of organising

The nominee should be able to demonstrate active contribution to the core activity of the Club – archery – by being a regular and consistent organiser. It would be expected that a Life Member would normally have contributed significantly to the development and running of the club and in particular with events held at the club.

Life Members should be or have been active archers, participating regularly in events. Nominees should be able to demonstrate participation accomplishments. Ideally nominees not only have a long history of participating with the Club but continue to do so at the time of nomination (ie it would be appropriate to acknowledge their efforts while they are able to enjoy the honour).
In some cases purely volunteers will be considered, their services should be over a long duration.

The formation of the subcommittee does not need to be initiated in person. It can be initiated online or via telephone.

Upon the end of the meeting, the Secretary will provide Archery Victoria and Archery Australia the results of the subcommittee report, as well as the relevant votes for the member.